2021 Firefighters Cancer Awareness- Where are we now?

"GET CHECKED NOW!"- Personal Sustainability in the Fire Service 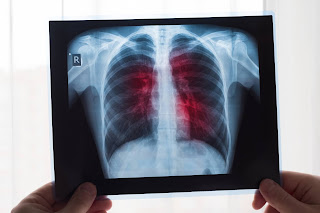 Driven by the profound voices of firefighters (retired and active), the NY Cancer Resource Alliance and F.A.C.E.S. Foundation launched new community resources to support cancer awareness, prevention and early detection. This year, the two organizations united to break new ground in public education and clinical support, with the help of a few remarkable new friends.

On a recent interview with oncologist, Dr. Ben Ho Park of Vanderbilt University Medical Center, we discussed occupational hazards in the fire service as well as other high-risk professions.
MODERN FIRES, COMPLEX CONTAMINANTS & LATENCY CANCER PERIODS
As things burn, toxic compounds are formed- and 9/11 was a particularly great reference for this. First responders were heavily exposed to modified chemicals, where materials that safely coexisted in normal conditions are (now) set at high temperatures- forming new compounds that are active and potentially potent carcinogens.

Occupational cancer claims have been upended due to the lengthy response time for most cancers to develop in the body. From time of exposure (or multiple exposures), it often take years before genetic mutation fully manifest itself.  Cancers never happen overnight, and the DNA damage that leads to cancer actually has to happen very slowly over years.  Cancer isn't just one DNA mistake in a cell; it's actually multiple DNA mistakes in the same cell and again, it takes several years for the mutation to occur, often leading to a decade or more before it manifests into something that we clinically can detect as a tumor.

RECURRENCE
The short Reader's Digest version about this goes as follows; surgically, we are certainly able to take out all the cancer. We can scan the originating site, but it doesn't mean that there aren't microscopic cells left behind and those are ultimately the cells that will grow back and become metastatic recurrence. And so my job as a medical oncologist is to make decisions based upon past clinical data of who is more likely to have those microscopic cells after surgery or radiation. Depending on the case, we cure more patients by giving them additional systemic therapies like hormone therapies and chemotherapies. What we don't know is whether or not everyone has those microscopic cells or what state of activity they are in. Also, there are different types of cancers; ie. prostate cancer and breast cancer- some are more aggressive than others. So certainly one could probably put together that if you have an aggressive form of prostate cancer under the microscope, and this is again in the prostate gland itself, then the chances or likelihood of having microscopic cells left behind is greater. And that those are ultimately the cancers that will recur faster.

CANCER PROBABILITY
The risk of cancer in firefighters is said to be significantly greater than in the general population. [1]   Recent data shows that the top cancers from male firefighters are Prostate at 13.7%, Skin at 8.4%, Colon is 7.1%,  Bladder is at 6.9% and Testicular is 5.5%. [2] Conclusive theories dictate that firefighters who were exposed to particular types of smoke (ie. carcinogenic) are contaminated through skin, oral or respiratory cavity.  Once it hits the bloodstream, really anything is fair game in terms of susceptibility and getting exposed to carcinogens. And then it becomes really the question of  "why does it occur in the bladder vs. the colon?" That's a tougher question to answer, but we do know that there are local micro environmental factors that come into play. As an example, when one thinks about the breast cancer susceptibility genes, (BRCA2) those who have inherited this mutation, every single cell in their body has that mutation, but predominantly the cancers that occur, at least in women are going to be breast and ovarian cancers. And that's not to be because those are the organs that are most exposed to estrogens. So there is are kind of interplay between the local environment or micro-environment, and the actual carcinogenic 'insult' to the DNA.

EXPANDING DIAGNOSTIC INNOVATIONS
Tracking, screening and monitoring cancers plays a major role in building the treatment strategy. Technologies like MRI's, Pet-CT scans and advanced ultrasounds are often used on the imaging side, while tissue biopsies are also part of the current gold standard from the lab side. One of the areas of research interests that my colleagues and I have is the use of what's known as LIQUID BIOPSIES- a form of blood test designed to look and see whether a patient has early signs/stages of cancer. This is still something that is in infancy and nobody really has proven that one way is better than the other.  There are a growing number of companies and academic institutions that are starting to really roll this out with the hopes of giving people a simple blood tests that shows that they have a cancer somewhere.  Someday, we could actually catch things very, very early and affect a higher rate of cure. I don't think we're quite there yet for everyone, but I think we're getting closer every day and really through research and help and volunteers like the firefighters we're going to make a big impact in the next 10 years

BEN HO PARK, MD, Ph.D. Professor of Medicine & Director of Precision Oncology in Vanderbilt University Medical Center.   Dr. Park was recently elected to join the medical advisory board for the Male Breast Cancer Coalition and the NY Cancer Resource Alliance. He is often called to present in educational venues about a wide range of critical topics in cancer diagnostics and treatment.  His most recent appointment is as a technical advisor for Occupational Cancers in the Fire Service- a national program co- designed by NYCRA and F.A.C.E.S. Foundation. (also see above video) 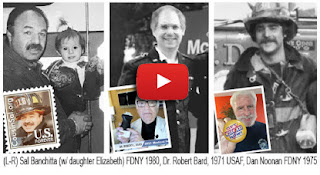 "Cousin" SAL BANCHITTA: is Assoc. Communications Dir. to local FD. After a profound 20+ year career in the NY Fire Department, "Cousin" Sal gave all at the fire service- including his last assignment as one of the first responders in Ground Zero (9/11). He considers the firefighter "the first and last line of defense to protect all the members of the community from any catastrophe". His next personal crusade past fire calls is to share his own experiences and his research on the many cancer cases found "from the job" to drive his brethren to heed NYCRA's cancer prevention message of "Get Checked Now!" Sal continues to volunteer as a speaker in firehouses and FF meetings, contributing his unique presentation style and counseling approach known only as "FROM THE KITCHEN"- a parlance between firefighters.

ROBERT L. BARD, MD - F.A.C.E.S. Senior Medical Advisor/Cancer Diagnostic Specialist. It is a specialized science and a honed craft to read (and predict) cancer behavior in real time through imaging. Dr. Bard attributes his career in radiology to the US Air Force, having served in military hospitals in Thailand and Laos in the early ‘70’s. His expertise was founded on the critical demands for immediate response and real-time diagnostic implementation of scanning technologies where time and accuracy are of the ultimate essence. His critical eye for the many medical imaging devices to the 'battle hardened' challenges of a military hospital setting is also a main asset as a "cancer detective". Having worked with countless military patients, to first responders (including many from 9/11 rescue units), Dr. Bard's record as a medical leader in cancer diagnostics is an asset to the fight against cancer.

DANNY NOONAN: A National Safety Advocate and NYCRA Educational Ambassador, Mr. Noonan's career started in Ladder Company 3 on East 13th street where only two years into the fire service, he experienced one of the most historical and devastating fires in the history of NYC Fire Department. He has since been an advocate for the 699 firefighters who responded to the Telephone Company Fire. His countless presentations and published work continues to raise education, awareness and prevention for all emergency responders about occupational toxic exposures and incendiary airborne toxicities and carcinogens. His presentations include valuable references from 9/11 and the 1975 NY Tel Exchange Fire, what many consider the second most deadly and costliest in the long history of the FDNY.

Historical Photo Gallery & 9/11 20th Anniversary Retrospective
Since the advent of 9/11, global campaigns drove the "NEVER FORGET" mantra that defined the voice of our post-attack era. This mission of public awareness covered headlines from political, social, educational and news platforms. For this crusade to capture the minds of the global witness, messengers used FILM, VIDEO and PHOTOGRAPHY to spread the thousand-words cemented by history and shared with lightning speed throughout today's digital audiences.
The NY Cancer Resource Alliance, the F.A.C.E.S. Foundation and MOVEMBER hosts the 20th Anniversary of the 9/11 attacks with a special NYCRA-NEWS memorial issue. We proudly feature the powerful and most compelling images of world recognized photographer ANDREA BOOHER - film producer and photojournalist. Ms. Booher has worked as a documentarian for twenty-six years. Based in Colorado, her assignments have taken her to East Africa, Latin America, Micronesia, India, Antarctica, Australia, Myanmar, Somalia, Mexico and Haiti. In the last two decades she has photo-documented every major disaster in the United States, Trust Territories and Sovereign Nations for the Federal Emergency Management Agency (FEMA). Her documentary work resides in several permanent collections, including the National Archives and the Smithsonian. In 2001, she spent 10 weeks working at Ground Zero in the immediate aftermath of the World Trade Center attack. She was one of two photographers working for FEMA with unlimited access. Her work from 9-11 has been published in magazines, newspapers and documentaries worldwide. She was personally profiled on A &E , The History Channel, CNN, Camera Arts, NPR and Photo District News. (Click to see "RETURNING TO ZERO"- our 2021 9/11 Retrospective)

THE 2021 F.A.C.E.S. UNITE PROJECT
Firefighters Against Cancer & Exposures is a national association comprised of active and retired firefighters, cancer advocates, medical professionals, educators and patient advocates united to provide a wide range of supportive resources. These resources are available to any and all first responders in need of assistance. Our members are committed to the continued extension of help to the many who have sacrificed all in the line of duty of the fire service.